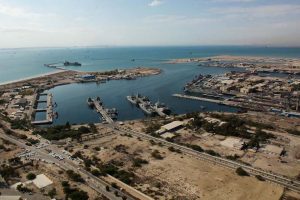 Shahid Rajaee Port is southern Iran‘s main maritime outlet. It lies between the Persian Gulf and the Gulf of Oman. The port is about 123 nautical miles from the Port of Khor Fakkan in the United Arab Emirates. It is located in the city of Bandar Abbas which  contains around half a million population. 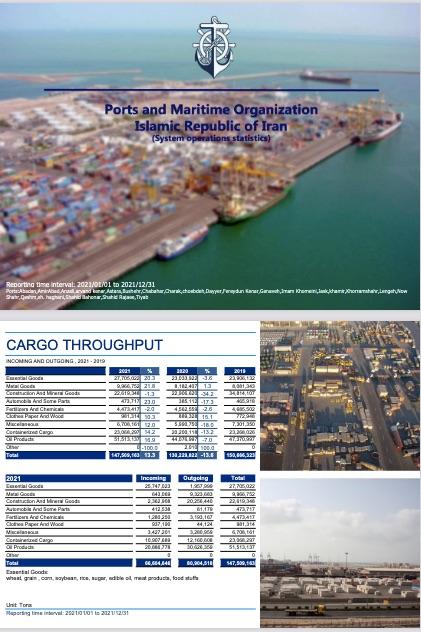 Shahid Rajaee port complex, based on exclusive concessions such as unique geographic position at the nearest point to the Strait of Hormuz and  entrance to the Persian Gulf. As well as the short distance from the main intercontinental route of the ships. Being located at the intersection of the North-South Transit corridor is considered as the most important gateway to the import and export of Iran.

The huge port complex of Shahid Rajaee is located at the central point of the south of the country. In the coastal strip in Hormozgan province. It  has some outstanding points including enjoying more than 2,300 kilometers of maritime border. It has proximity with large industries of the province plus supporting other country’s manufacturing industries. There are connections to the international railway network, as well as air, and historic Silk Road. These  benefit from the appropriate infrastructure.  The port has the largest role in the transportation industry of the country.  Currently it connects  with the most of famous ports of the world through the world’s leading container lines.

The port of Shahid Rajaee covers about 2,400 hectares and handles 100 million tons of cargo per year. It has a capacity of 40 berths, with the largest and most advanced container terminal in the country. And after the opening of the second phase of the development plan of capacity there are 6 million TEU containers a year. As well as a large volume of general cargo handling operations. Mostly steel products, dry bulk, liquid bulk and crude oil products are carried out in this port.

In the recent years, this huge port complex, is the gateway to import and export and regulating the country’s economy. It has taken a greater share in the field of sea transport and moving to globalization. In order to stand in the first place of the region’s ports according to 20 years perspective horizon plan, many projects have gone into force with the aim of expanding and increasing the efficiency and encouraging the private sector to invest in the port.  More than 23,000 trillion Riyals (Iranian) of private sector capital have been invested for this aim.

The development and completion projects of the second and third basins of the port for the construction of new jetties with a draft of about 17 meters designated for the berthing vessels with a capacity of 150 thousand tons . This is considered as the starting point of new evolution in the port.

The joining of 2,400 hectares of the land located at the north part of Shahid Rajaee port and upgrading the port area to 4,800 hectares. This provides the establishing of a port logistics town for the expansion of export, re-exports and the provision of value added services. These are among the most important ongoing efforts to join to the third port generation of the world and with its implementation in the near future. The special economic zone of Shahid Rajaee port play the most valuable and most effective role in the economic flourishing and distribution of goods in the region.